In Memory – Will Lindsay

We lost a friend of Velo Amis on Sunday, July 12, 2020. Will Lindsay was riding his bike on Ridge Ave in Philly only two blocks from his home, when he was struck and killed.  Will's partner Sylvie has started a GoFundMe to promote bicycle safety in Philadelphia. Proceeds will be split between Neighborhood Bike Works & the Philadelphia Bicycle Coalition. Please consider donating by following this link.

Who: The Philadelphia Cycling Community, led by Sylvie Smith & the Bicycle Coalition of Greater Philadelphia
What: Philadelphia Bike Community Solidarity Ride, in recognition of lives lost or injured due to a motorized vehicle. 12 mile ride on very flat pavement with no large hills. Pace will be slow and suitable for all. There are a few gates on the route that will need to be walked around (you cannot ride through).
When: Sunday, July 26 at 1 pm
Where: Starting near the Dell Music Center in East Fairmount Park (close to Ridge Ave) and ending at Laurel Hill Cemetery. Free parking is available in the area. Exact start location: https://goo.gl/maps/gqCq1CDjjvqnPmQZ8
Why: To protest the ongoing safety concerns for cyclists in the Philadelphia region as well as honor those who have lost their lives or have been injured while cycling.
How: Wear your bike helmet. Hydrate properly prior to and during the ride. Additionally, due to ongoing concerns regarding the COVID-19 pandemic, we respectfully ask that participants wear a mask. There will likely be many participants and therefore we request wherever possible, you keep your distance from those outside of your family group. We have permission from all necessary parties to take up space (City of Philadelphia, Philadelphia Police, etc), so help us let Philadelphia's residents/drivers know cyclists are people too and own. your. space. For more information on responsible cycling during the COVID-19 pandemic, click here for a pdf guide from the Bicycle Club of Philadelphia.

The White Bike Memorial will be dedicated following the ride at this location across from the cemetery https://goo.gl/maps/AifyJN8moDuuDL9y5

On Sunday July 26th at 1pm there will be a bicycle ride to celebrate Will's life and to dedicate a White Bike Memorial.  We are calling the ride "Philadelphia Bike Community Solidarity Ride".  This ride is meant to recognize every rider who has been hit, harassed or scared by an automobile.  Will's partner Sylvie wants us all to know that this ride is about the city of Philadelphia's "vision zero" and recognizing ourselves as vulnerable and that we need this vision zero achieved for us.  There are so many of us that we shouldn’t let this go on any longer on behalf of ourself and in honor of those we lost. Sylvie has emphasized that this is not a ride “for Will” it’s in his honor, because he didn’t deserve this and he shouldn’t be forgotten. In order to be more effective for change, this ride is really for everyone to find strength in numbers so that we can feel strong and we can feel empowered to make a change to protect our lives.

The ride is open to everyone and will be ridden at a family friendly pace.  The route on pavement, very flat with no large hills and is approximately 12 miles long.  We will start close to the Dell Music Center in East Fairmont Park close to Ridge Ave.

Please remember to wear a bicycle helmet, wear a mask, bring plenty of water and follow all COVID-19 precautions.

COVID-19 Information: We ask that everyone riding wear a mask. Ride with your Covid-19 "Family Groups" only and socially distance from others. This means if you plan on riding you must follow current CDC guidelines (i.e, masking when not able to be more than 6ft apart and interacting with others, not spitting/coughing/sneezing). Likewise, if you have been feeling unwell or have been exposed to someone who has been feeling unwell or tested positive for COVID-19, we respectfully ask that you stay home.


Posted on the Bicycle Coalition of Philadelphia's website:
Earlier this week, Philadelphia learned about the death of William Lindsay, 32, killed by an out-of-control hit-and-run driver while bicycling along Ridge Avenue in North Philadelphia on Sunday. Lindsay’s death is the third in 2020 — and the third in the last month. Given a blatant crime occurred (fleeing the scene after killing a cyclist), the police have offered a $5,000 reward for information. If you know anything about the incident, please step forward.

LIKE KEEPING UP WITH BICYCLE ADVOCACY NEWS? IT WOULDN'T EXIST WITHOUT OUR MEMBERS' SUPPORT. LEARN MORE.

Like the first two bicyclist deaths of 2020, Lindsay was riding his bicycle along a stretch of road that has long since needed traffic calming. This section of Ridge Avenue, like the section of Henry Avenue where Sam Ozer, 17, was killed; and Kelly Drive, where Nadir Nafis Holloman Jr., 18, was killed; are untamed roads where motorists feel comfortable breaking the speed limit, and can do so with impunity.

All of these roads — and the many we listed in this story, and countless others — were not designed for city living and have long since needed engineering changes to keep motorists under control. Many of these are high-speed roads dividing neighborhoods and are responsible for a disproportionate amount of vehicular carnage in Philadelphia.

Like Ozer and Holloman, Lindsay was a skilled cyclist who leaves behind devastated family and friends, many of whom have already reached out to the City of Philadelphia and PennDOT, demanding they take action in light of these recent tragedies.

What’s additionally distressing about these three deaths, and the additional (at least) 44 people who have been killed in Philadelphia traffic since the year began, is that this was anticipated. Cities around the globe saw motorists driving more aggressively and faster since the pandemic began. Many cities took swift action in light of that. Philadelphia did not.

A platform to address this issue, and others, was even created by the Bicycle Coalition of Greater Philadelphia, 5th Square, Feet First Philly, and the Clean Air Council, which addressed this and several other issues which would become prominent during the COVID epidemic. That platform, Recovery Streets, was endorsed by 20 neighborhood, community and environmental organizations (so far), but our pleas for major sections of that platform, like a protected bike lane network, more closed and slow streets, have not come to fruition, yet. 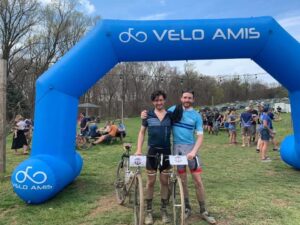 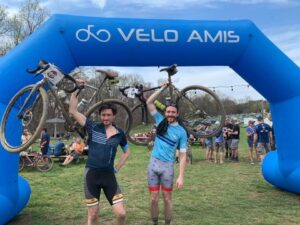 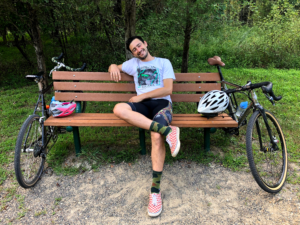 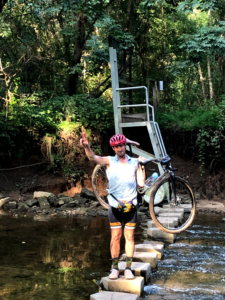 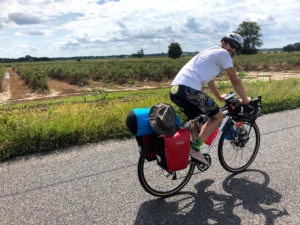 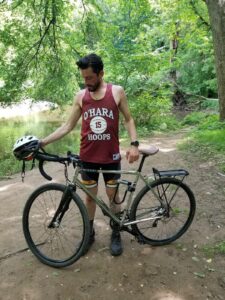 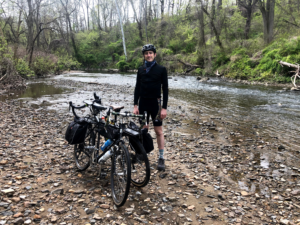